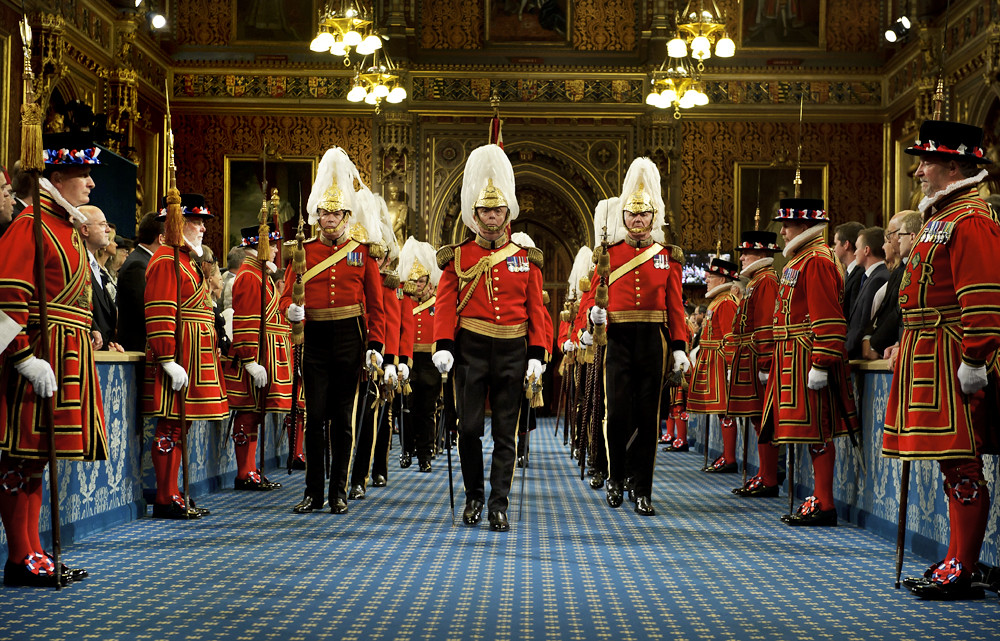 The Honourable Corps of Gentleman at Arms is the world’s oldest military regiment. For half a millennium, they’ve been tasked with guarding the most important person in Britain – the reigning monarch.

With their medieval battle-axes, swan-plumed helmets, and other assorted finery, they also know how to make a splash. This provided ample visual opportunities for Jeremy, who was commissioned to depict their 500th anniversary. The residency have him the chance to get a privileged peek inside an institution that only rarely opens its doors to outsiders.

At the end of the residency, the Queen honoured the Gentleman-At-Arms with a commemorative riband to mark their quincentenary. It was the culmination of a fascinating project for Jeremy, and opened the door to further residencies with the Royal Family.

To see more paintings from this collection click here.