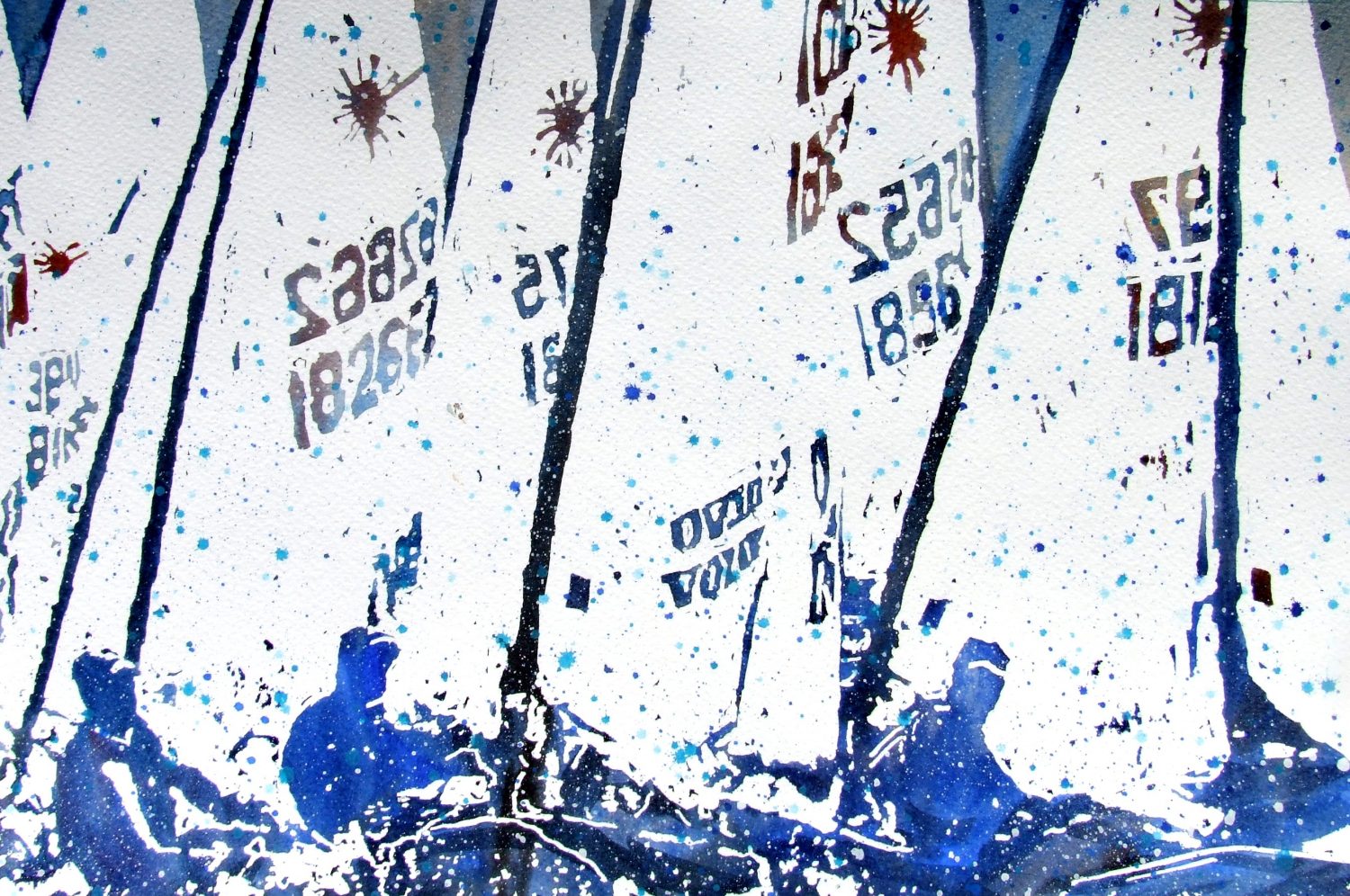 In fact, some of Jeremy’s most memorable moments during the residency were spent hearing the stories of the Paralympian athletes, including those who had suffered catastrophic injuries while serving in Afghanistan. He used watercolours to capture the athleticism of Ade Adepitan, who survived polio in childhood and has gone on to become one of the country’s most successful wheelchair basketball players.

Jeremy wanted to capture the grit and resilience that are essential to performing at this elite level. This was clearly a theme that resonated with the British public, who flocked to the travelling exhibition of the Olympic artists’ work – giving even those who couldn’t make it to London the chance to take part in this once-in-a-generation national event.

These exhibitions raised money for The British Paralympic Association, helping the next batch of Paralympians to wow us with their sporting prowess.